The next stage in Google’s product evolution is undoubtedly unification. Google’s many projects and shatterlings spread over a decade of development in a frantic search for the next big thing are coming back home, empty handed. Now they’re merging into a single universal product, bit by bit every piece of knowledge and experience collected so far is being used and integrated into a bigger, better and faster Google. Everything else will perish.

”“This is the path we’re headed down – a single unified, ‘beautiful’ product across everything. If you don’t get that, then you should probably work somewhere else. Larry Page, Google
This bold statement was directed at Google employees during a staff event following the Search Plus Your World launch. It’s a clear evidence that the information giant is not kidding and are raising the bar for themselves, and their competition.

In 2012 we are to see more product and service canonicalisation at Google. Old and tired projects will be chopped up to bits and the best parts will be integrated into something new, similar products will be merged together and Google’s social network will continue to grow and further integrate with everything else.

Is this the end of Google’s innovation?

Certainly not. In fact it has been mentioned many times so far that Google’s new policy towards product development is to more or less send it “out there” and field test by collecting data and user feedback in order to rapidly improve result quality, UX and functionality. We’re already seeing examples of this attitude toward product launch in a rapidly evolving Google+ platform and Google Webmaster Forum re-design.

What does Google ‘own’ so far?

Here are a few key things:

All these projects and products require different teams in different countries and coordination of activities takes up a lot of time and energy. And of course there’s money. Many take Google for granted and forget they are a business.

In 6 months Google+ is going to look like a different product as it integrates with other Google products.
Google made many hints and promises of new and exciting things to come and many have already been released. To illustrate I quote Carter Gibson‘s notes from CrushIQ in November 2011.

Early signs of this announcement were visible already in December 2011 with January and February 2012 rolling out some major changes including the release of Search Plus Your World (also known as SPYW, or simply Search Plus).

On March 1, 2012 Google released a privacy policy that is not new, but actually consolidates all the policies from across different Google-owned platforms like YouTube, Gmail, Google+. The intention of unifying their policies was to make sharing information across Google with other users much easier and error-free. All information that is collected and stored by the company is held on secure servers and limits access to only employees with proper authorisation.

Google collects information from users in various ways. This includes information provided when signing up for services, information gathered from the use of services including device, location, log information. The personal data collected is used to create a more personalised and consistent experience for users. This information is shared with a variety of users for different reasons including legal issues and companies that a user consents to sharing with. Google will also aggregate some of the personal data into non-personally identifiable groups and use for other reasons.

Users of Google services have the option and ability to edit personal data that is collected and limit the ways the data is used. Each user is also able to edit any profile information that is publicly shared and control how particular people or groups of people view one’s profile.

Now your favorite music, books, movies, apps, and games are all in one place that’s accessible from the Web and any Android device. Discover, buy and share like never before. play.google.com

The month of March has seen Google usher in a unified privacy policy for the majority of its products. The consolidation continued last week as Google introduced its new Google Play brand. Google Play is a new one-stop destination for users to get content. To be clear, Google Play is essentially just a re-branding, although it does present some new features. With the launch of Google Play, Google has done away with a few separate services. Gone are Google Music, Google Books, and the Android Market. Instead, all of the content that used to be provided under these different brands is now available under the Google Play label. Users can now log on and choose from more than 450,000 apps for Android devices, as well as thousands of movies and millions of songs and books. 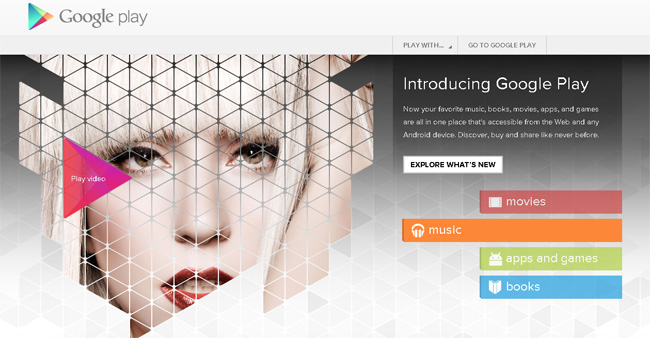 The main point of introducing a new service was to simplify things, and Play certainly does make things a lot easier for regular users of Google products. Prior to the new central service, Google Books users couldn’t access their movies from the same place, and users of the Google Music app had to go to the Android Market to purchase songs. Everything has become a lot more intuitive under the new label.

Cloud services are a large part of Google Play’s benefits. Users can purchase a book from Google Play and read it online or on an Android device. Music and movies purchased on an Android device, computer or Google TV unit can be listened to or watched on any other device. All a person needs to do is log in with his or her Google account. Everything is connected together.

Perhaps most appealing of all, the entire new service is free. There’s no need to pay for cloud accessibility. That means users of devices with limited storage don’t have to worry about backing up music they’ve bought should they need to delete it to make room for new content. Google Play users can even add upload up to 20,000 songs from their personal library and access it from any Android device or web browser.

Overall, it looks like a smart move by Google so far. Users have more options and less hoops to jump through to find the content that they want. Free previews of movies and books are also available to help make the purchasing decision. With so much functionality packed into one place, the Apple’s iTunes ecosystem looks to have a legitimate competitor in Google Play.

Resolutions can be hard, and changing products that people love is hard too. But we’re excited to focus on creating a beautifully simple, intuitive user experience across Google – an experience that will change the lives of millions of people. Dave Girouard, Google
The world’s best known search engine has been criticised by many for spreading too far and too thin while attempting to challenge new markets.

Although this is partially true, we must factor in the recent product trim announced by Google. As part of their new year resolution for 2012 Google announced that they will be looking at products which have elements same or similar to other products, those who have not lived up to their potential or simply cannot be integrated with other products and features within Google.

They explain that this move is in order to gain more focus and time for main products and make them work well. Not a bad idea.

Here are a few products which are now officially phased out:

In 2012 Google’s communication with webmasters and website owners is at an all time high, and not as a sudden surge, but a rather well-planned and gradually executed mission. In 2011 webmasters have seen more security alerts and a new variety of messages for troubled pages and domains. This year brings new addition to an ever growing range of emails being sent out by Google.

Here are some alert examples:

In addition to Google Webmaster Tools, Google encourages discussion on their Webmaster Help Forums, which have among many other sections, undergone a total design and functionality re-vamp. The forums currently feel slightly out of place with some functionality, but Google assures us they’re on the ball and more improvements are coming.

Google also actively used Hangouts to communicate with small groups of webmasters (up to ten at any time) in multiple locations, time zones and languages (English, German Hungarian…etc). We’ve even seen Matt Cutts join in and answer questions in a January hangout. 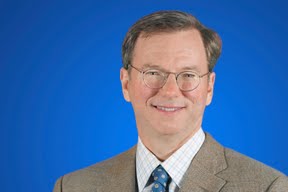 Google policy is to get right up to the creepy line and not cross it. Eric Schmidt, Google
Google’s prime focus today is the place where link graph meets social graph. Some early reports show that users find personalised search results a little bit too creepy and prefer to have the old results back. How reliable this data is will be revealed through further surveys, but ultimately by user reactions. One way of semi-gauging personalised search adoption would be by monitoring of the (not provided) search referral keyword in Google Analytics.

Many in the search community feel that Google’s attitude change towards third party platforms has changed dramatically – and in the wrong way. Google has been systematically avoiding any integration of third party social media platforms and their functionality in any of its new product releases.

We asked them about this and the answer we received was basically that Google does not feel comfortable investing time and money in building up products and infrastructure to support platforms which may change or turn off access for Google any time they want. We were also reminded of the recent Twitter integration fiasco and the loss of firehose access.

In one way this makes perfect business sense. But when you think about it, what has ever stopped Google from accessing information from different blogging platforms, forums, chats, office documents and other exotic data? Only robots.txt and similar protocols.

In a recent interview with TechCrunch, Vic Gundotra (Google) makes another less than convincing claim on why Google+ won’t let 3rd-party apps post and among other things mentions that “Your Stream Could Easily Be Overwhelmed”.

One other example of this behaviour is lack of support for Vimeo video embedding on Google+ stream. Are we expecting Vimeo to suddenly change their embed code and break everything on Google+? Certainly not. Facebook has done it for a while now so it must not be something you would describe as a great technical challenge.

Sometimes we need a reminder that Google is a business. They grow, change, make mistakes, learn and improve. I run a company myself and know that my business is only as good as my people. I dare to say that the future looks good for both Google and its users and can claim this on the basis of my personal experience and encounters with many great Googlers who work hard at making their search engine better. This includes the Search Quality Team (including Web Spam Team), Webmaster Help Team, Community Managers, Researchers, Product Developers, UX Specialists and many other departments.

What do you think will happen next in the world of Google? Will their direction remain the same or do you see a shift take place in the future? Please leave your comments below or on Google+.