Redirecting four of our popular blog posts to a commercial page lowered its rankings in Google.

301 redirects were set on the 10th of September, followed by fetch and submit in Search Console resulting in an immediate drop by exactly 30 positions (from 5 to 35). On the 15th of September we removed the redirects, fetched and submitted to index again. We saw an immediate jump to position 7 following a rise to 6 and eventually stabilising at 4. The second dip in the graph (starting 23rd) was caused by an unrelated event. See algoroo.com for details. 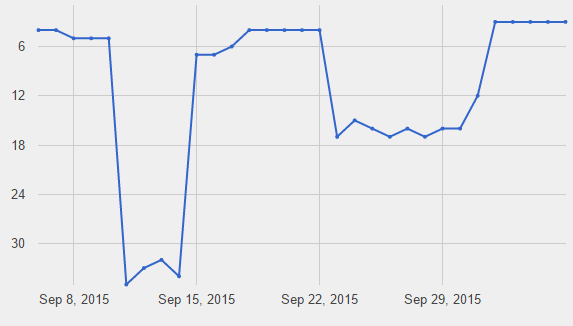 Our second test used the same set of redirected URLs but this time pointing to a new target page on our site. We used fetch and submit in Google’s Search Console on the 19th September and the results were immediate. The page dropped from position 2 to 5 and remained there until we removed the redirects on the 4th of October. 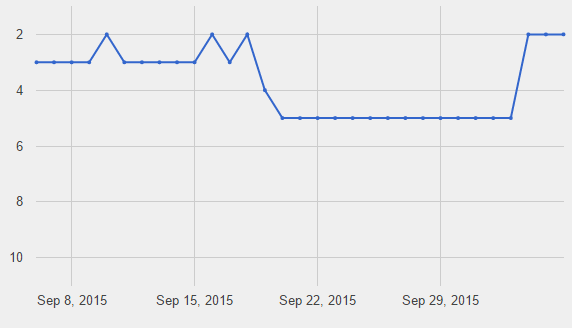 We intend to test this behaviour further in order to clear up one hypothesis at a time. On our list of possible causes we have the following:

We no longer use easily recognisable test pages when running this type of experiment. The reason we picked Brisbane and PPC Packages pages was for the fact that they ranked well in search results but didn’t bring much traffic, so any loss in ranking would be negligible. Our choice of redirected posts was based on their healthy, natural link profile and the fact that they were news items that are of low to no continuing relevance to our readers. We were initially testing impact of presence of hidden content on performance of visible content and the impact of redirects was discovered by chance.