How does it compare?

While it still has the ability to strongly impact individual sites, Penguin 3 was clearly rolled out to tackle only a small slice of the web. To put things in perspective here are the ten recent updates with greater impact than the latest iteration of Penguin:

Clever, manipulative link spam and designer anchor text link profiles are still safe. I pronounce Penguin 3 a failure at this point, but there is one redeeming possibility. 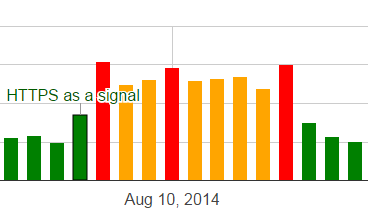 If this turns out to be a multi-day update such as the one we’ve seen in August, then we have a chance to see the rest of the web cleaned up. Another promising circumstance is the notion of Penguinflux.

“…Gary added that the Penguin refreshes will be more frequent because of the new algorithm in place.” Source

So far, I’m not impressed. Turn that knob further Google.

Pierre Far has made a statement on Google+ saying:

“On Friday last week, we started rolling out a Penguin refresh affecting fewer than 1% of queries in US English search results. This refresh helps sites that have already cleaned up the webspam signals discovered in the previous Penguin iteration, and demotes sites with newly-discovered spam.  It’s a slow worldwide rollout, so you may notice it settling down over the next few weeks.”

While I do agree with a 1% query statement I don’t see any data to support gradual release. Instead we see one sharp day followed by pretty ordinary activity. This suggests the main job of the update may have been done and what follows are tweaks.