The Future of Search: Interfaces

According to Vernor Vinge and Ray Kurzweil [1] we’re at the dawn of technological singularity. According to their theory, in a few decades (circa 2045) technological advancement will reach a critical mass and result in an explosion of advancements in fields of science and technology.

The Faith of Search

Rather than beating around the bush, I’ll get straight to the point. The ‘search‘ will eventually die or rather evolve into ‘knowing‘. What knowing exactly means is hard to say, but we can speculate around the topic. Let’s say that it might be a combination of real-time data stream validated and cross-referenced against rudimentary axioms, trending theories, current affairs and network of trusted ‘validators’ in official and social capacity. The truth has always been a flexible and often personal perception. In a society where we’re all connected many truths will be amalgamated and normalised by the power of majority and top-level ‘influencers’ including various authorities on different subjects.

Fossil remains often reveal strangely formed ancestors of today’s animals. Some of them are now extinct but some have proven to be a success. Same thing will happen with knowledge acquisition methods, search and various interfaces which will aid in the process.

We’re way past painfully slow connection speeds of dial-up modems and entering an era of mobile computing, portable and wearable electronics and communication devices. Information is handy and quick to reach. What is getting in the way of progress is clumsy interfaces. You either have the keyboard or not. Without it you’re stabbing clumsily at the touch screen, dictating to a faulty voice recognition system or retro-writing / swyping on your screen. With keyboard you’re limiting your portability.

We really need to find a way to get rid of hardware, as much of it as possible – or at least minituarise it to the point where it does not get in a way anymore.

While studying at Griffith University I formed a group dedicated to research in EEG systems. Electroencephalography is not exactly a fully applied science but rudimentary technology existed since late 20th century. Hooking up a few electrodes in a shielded room, recording brain activity and feeding the data into our infant-like neural network. Except, we did not get clearance for human subject experimentation. The project died and so did my interest in thought-control interfaces. I was waiting for somebody else to continue development, and many around the world did (with partial success, clumsy equipment and enormous running and maintenance costs).

Brain Control for the Masses

Significant attempts at brain cortex activity visualisation have taken place over the last few years [2]. This year, a group of scientist have published their research on visualisation of brain activity [3] and uploaded output to YouTube. The results are stunning, even hard to believe. Although we’re far from being able to record the dreams, this experiment shows that significant advancements have taken place in the EEG technology in the last decade.

This is nothing in comparison with the ever-increasing number of commercially available (and affordable!) brain interfaces such as EPOC [4] by Emotiv which comes with an SDKs and even an API access for the developer community. This product is already available in the United States and pending approval for Australia and other target countries. 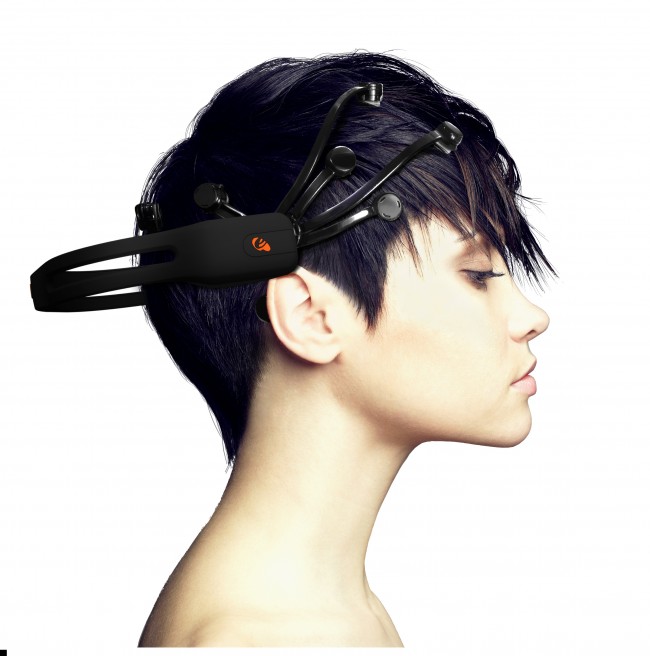 This wonder of neurotechnology will cost you only $299 USD a basic SDK starts at $500 USD for those who wish to develop custom software for it. Emotiv already feature demo applications for their neural interface but the possibilities are limitless. No doubt this and similar interfaces have their limitations (access surface, gel application, background noise and interference) but are bound to advance further as wide-spread commercialisation takes place, allowing for market-funded research to take place.

It is not hard to imagine how this technology may apply in search, usability, emotional response testing, advertising and marketing. It’s only a matter of time before somebody writes an app to search Google – by simply thinking about it.

Let’s indulge in speculation on the (distant?) future of search. Leave your questions, links and ideas in the comments field.

[3] Visualizing data from the visual cortex: one step closer to dream recording? Retrieved from: http://www.gizmag.com/visualizing-data-from-the-visual-cortex-one-step-closer-to-dream-recording/10558/ on 17 October 2011