Here’s what Australians think of the Philippines What’s the first thing that comes to your mind when you think of the Philippines?

That was the question 1033 Australians answered in a study conducted by DEJAN Marketing. New research highlights tourism and attractions as the top association with the Philippines. The second most prominent theme was food. Despite the largely positive sentiment the island nation’s image isn’t without a flaw. About one in ten Australians thought negatively of the Philippines including themes such as poverty, bad weather, adult industry, crime and corruption. 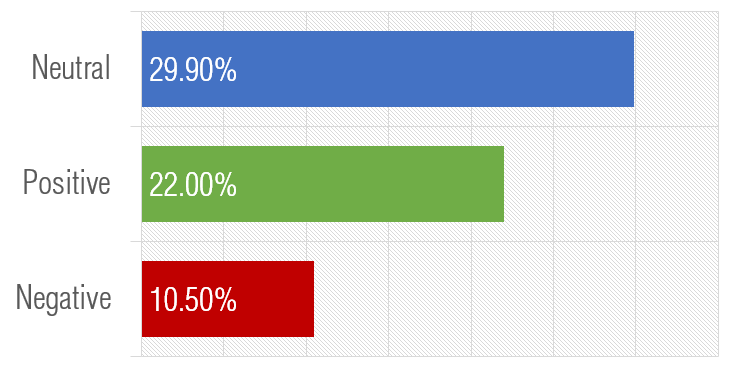 So what do Australians know about the Philippines?

Manila holds the first place as the most mentioned destination within the country followed by Boracay. Aussies did mention another destination -Bali, however we’ve decided to bundle that puzzling answer with the “tourism” theme in general. The most recognised people include Manny Pacquiao, Ferdinand Marcos and Imelda Marcos. One interesting discovery was a DOTA2 gaming event The Manila Major 2016 with its $3,000,000 prize pool. Basketball was the only explicit sport association in the survey data. Interestingly, local industry wasn’t on the radar at all. Only 0.5% respondents mentioned call centres.

The leading theme of our research encompasses a range of answers including:

After tourism and destination themed responses, food was the second most prominent association and it included items such as bananas, dried mango, fish, noodles, pineapple rice and surprisingly – beer.

Once we remove “Tourism & Attractions” from the word cloud, other prominent associations with the Philippines pop-out. It’s immediately evident that it’s not all rosy as far as public opinion goes.

One of the strongest associations in the survey was the notion of poverty with responses such as “poor people”, “slums”, “chaos” and “dirty”. Another strong negative was attitude towards adverse weather conditions including heat, humidity, rain, cyclones and interestingly tsunami. With 2.5% prominence adult industry isn’t at an alarming level, but it is the third most prominent negative theme which in addition to usual terms included multiple instances of mail order brides.

According to data available Australians’ image of the Philippines is largely positive which is a credit to the country and its tourism board. It appears that in addition to the usual tourism and attractions theme there may be additional directions worth fostering. This includes food of course, as there is a growing number of “foodies” in Australia looking for exciting new culinary experiences. 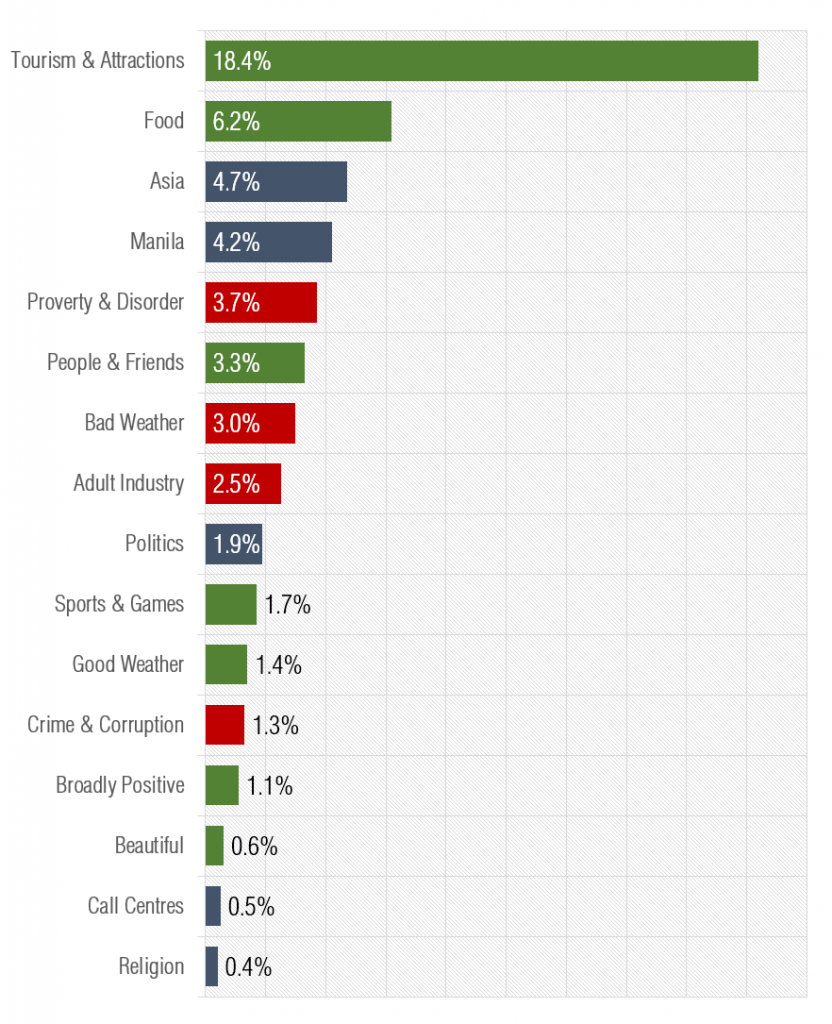 We’ve reached out to those living in the Philippines for their comments on the survey results. Nobody mentioned bad traffic, that was the surprise to most of them.

Family and community orientation is definitely a big positive but people may not know this until they spend time over there. On the negative – traffic!

Objectively, it is a fair assessment and observation of the Philippines. I am surprised the following did not come out – traffic.

An entrepreneur from Manila, Jason Acidre highlights bad traffic, poor internet service and hospitality of the locals as something that in his view should have come up in the answers, but it didn’t.

Not that surprised, though a few things that I think most aussies who have been here could easily remember (particularly in Manila). Bad traffic (probably one of the worst in the world), terrible internet service providers, hospitality of the locals. But most of the things you’ve listed are accurate.